I try daily to remind myself most humans are kind and well-intentioned. I don’t get angry about brief stares. I understand it’s human nature to do a double take when you see something about someone that makes them different. That said, I think I need to share some knowledge. 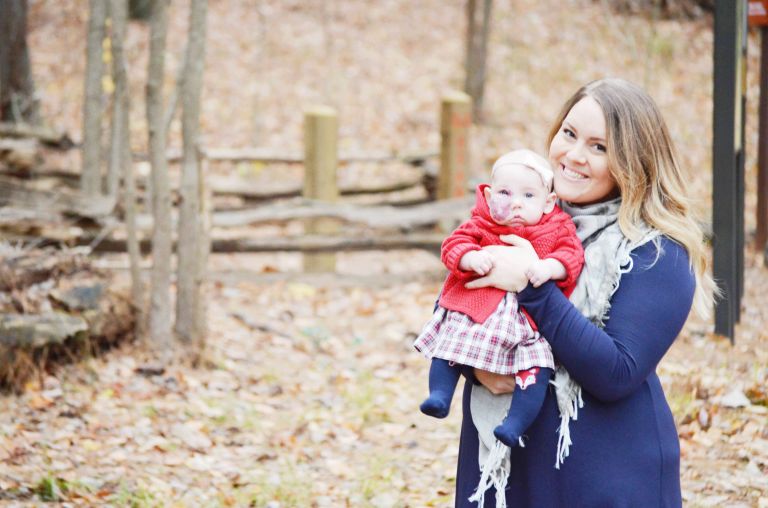 Courtesy of Katie Crenshaw
First, let’s do some basic education. A capillary hemangioma is essentially a “birthmark.” Sometimes they are referred to as “strawberries.” It’s an overgrowth of blood vessels that usually recedes over time. For us, any other complications were eliminated, and my daughter Charlie’s lesion was deemed cosmetic. We watch it to make sure it doesn’t ever obstruct her vision, but that’s it. She takes a daily medication to keep it from growing any further while it’s in its proliferation stage. It should go away fully by the time she is in kindergarten.

I’ve gotten lots of different remarks from family, friends and strangers. I’ve done a lot of thinking, and I want to share some perspective as a parent. This is probably relatable for anyone who has a child who people think “looks different.”

We don’t need to talk about it every time you look at her. Her dad, brother and I see past the hemangioma at this point. Charlie is Charlie, and it’s just part of who she is. It doesn’t need to be constantly commented on, critiqued or questioned. I don’t need your opinion on whether or not you think it’s better or worse. It’s a part of what she looks like and that’s not changing right now—and guess what? It doesn’t have to. She’s unique and beautiful, and I would rather chat about her latest milestone achievement, her amazing smile or how gorgeous her eyes are. 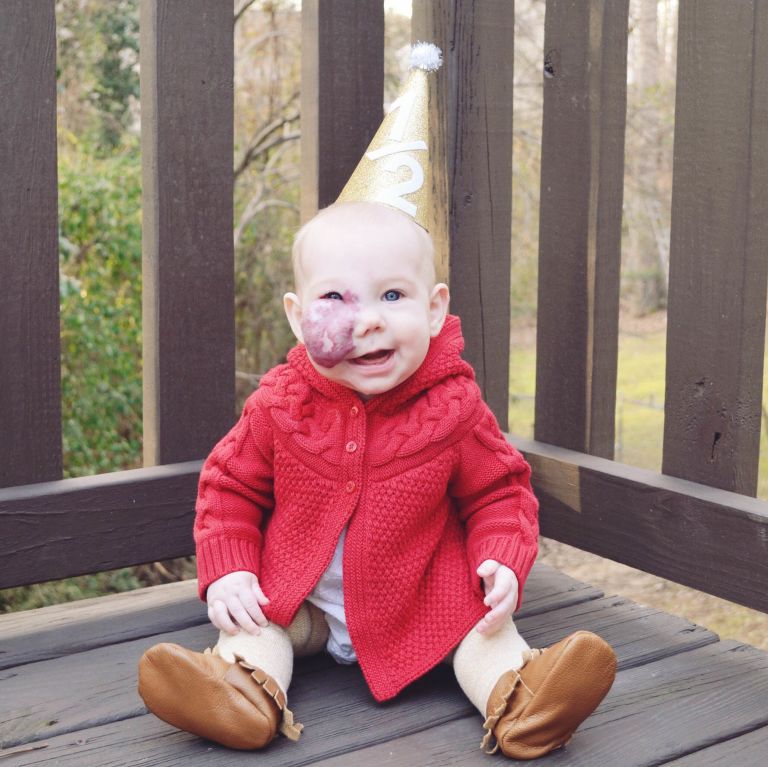 She’s unique and beautiful, and I would rather chat about her latest milestone achievement, her amazing smile or how gorgeous her eyes are.

She isn’t in pain or ill. She simply has an unusual quality about her appearance. The most common thing I hear is “I’m praying that it goes away.” Or “I will pray for her.” Or “Bless her poor little heart.” I’m constantly being asked, “When will that go away?” I’ve even heard things as harsh as “Turn her to her good side” or “She’s so pretty otherwise.”

I would encourage you, instead of praying it will disappear, to pray that she grows into a confident girl who loves herself no matter what she looks like. Pray that constant comments and opinions from friends, family and strangers will end before she’s old enough to hear them and wonder what’s wrong with her and why everyone is so worried about it.

I encourage you to look past it. What if I came up to you and loudly asked, “What’s wrong with your baby’s ____ ?” Or said, “I will pray for your child that her [insert genetically unusual quality] goes away.” Just consider that. Consider how it makes us feel when people are so hyperfocused on something so superficial. 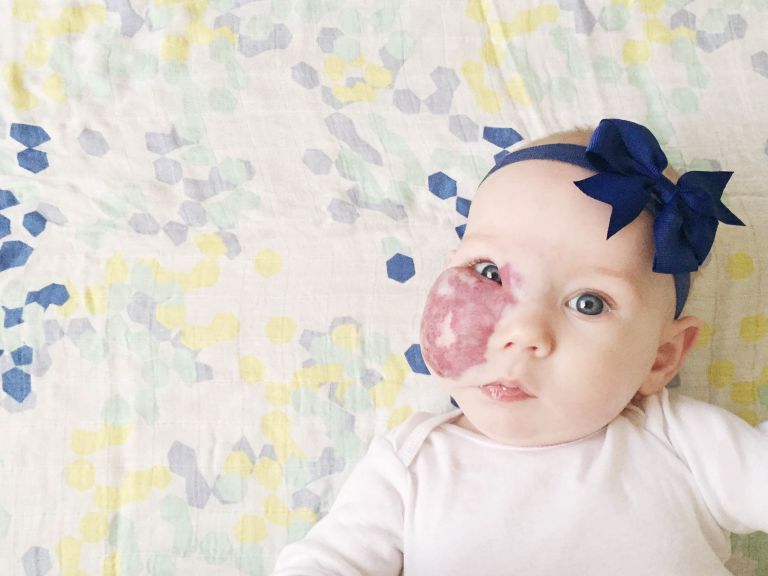 Hold the pity. She’s a healthy baby girl and we are blessed. Her hemangioma is just as insignificant to who she is as a freckle on her arm. You don’t need to mention it, and you don’t need to wish it away.

She doesn’t have a “good side” we choose for family pictures. I don’t retouch her hemangioma in photos. Her entire face is my sweet Charlie, and it doesn’t matter what it looks like.

This post originally appeared on The Mighty. For more from Katie, visit her blog here.